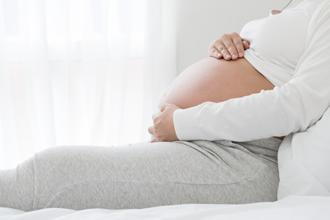 Pregnancy can leave women more vulnerable to other complications, such as UTI. A urinary tract infection, or UTI, is the result of bacteria in the urethra that leads to an infection. This can happen for several reasons, including, sexual activity, improper hygiene, and dehydration. UTIs are common during pregnancy because of increased pressure on the bladder and urinary tract. In addition, it can be harder for patients to identify symptoms of UTI during pregnancy because of their initial similarities to some pregnancy symptoms. Be on the lookout for the following:

Symptoms of UTI During Pregnancy:

Treatment for UTI During Pregnancy:

A UTI can be uncomfortable and unwanted during the best of times, but it is especially undesirable during pregnancy. If any of the above symptoms occur, you must contact your provider. During pregnancy, it is better to lean on the safe side and report any new symptoms, even if you are unsure. Your provider will be able to perform an exam and test your urine sample for evidence of infection.

Seeking treatment for a UTI is important because the prolonged infection may spread to the kidneys, which is a much higher risk issue. Treatment for a UTI will include a course of antibiotics prescribed by your provider, which are safe to take during pregnancy when needed.

Antibiotics must be taken properly (according to the instructions given by your provider and the pharmacist) as well as taken in their entirety. Stopping antibiotic treatment early can cause a relapse in symptoms or worsening infection. While you are recovering from a UTI, make sure to rest, drink plenty of fluids, and avoid sexual activity until your provider clears you of infection.

To prevent future infections, wipe from front to back after using the bathroom and after sex and drink water frequently to stay hydrated. Proper hygiene can keep bacteria away from the urinary tract and sufficient fluids can flush any missed bacterial particles from the body, ensuring a healthy pregnancy.